If your fish are suffering from parasites and need adequate treatment, you need Colombo Lernex - Disinfectant for Lake. Read More Set of 5 Aquariums Without Cover 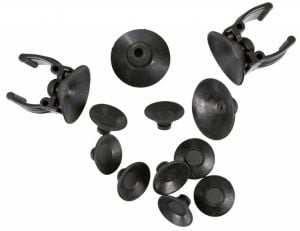 If your fish are suffering from parasites and need adequate treatment, you need Colombo Lernex - Disinfectant for Lake.

Colombo Lernex - Disinfectant for Lake is a great treatment for skin and gill flukes, leeches and fish lice, anchor worms, and other macroparasites that tend to infect your fish.

Colombo Lernex is effective against a wide range of common fish parasites, including skin flukes (Gyrodactylus), gill flukes (Dactylogyrus), and internal worms (Nematodes), whose presence can only be determined under a microscope. This treatment is also effective against macroparasites such as leeches (Piscicola), fish lice (Argulus), and anchor worms (Lernaea), which can be seen under the naked eye.

Skin flukes give birth to live young and therefore are capable of fast reproduction. This results in skin irritation and thickening and in the production of a slimy mucous layer over your fish’s skin. Gill flukes are parasites that lay eggs and are very similar in appearance to skin flukes. As opposed to skin flukes, you can see the gill flukes’ eggs (black dots) inside the adult. They are commonly found on both the body and gills of koi.

Symptoms of infection with these parasites include lethargy, chafing against pond walls, pipes, or stones, and reduced appetite.

✓ Ok! Got it!
Buy this product